Branded collectables and reward schemes have been a much-loved part of the retail world for a few decades - so how do they continue to innovate into the 2020s and beyond?

Our in-house creative team at Zappar worked with Craze to deliver an AR-infused loyalty campaign for New Zealand supermarket brand, Countdown. Using a blend of collectables, native apps, and an always-on camera strategy, we delivered rocketing engagement across a number of key metrics.

Countdown wanted to boost engagement and brand affiliation amongst kids and their parents in a new way. Their objective was simple;  to engage children and their parents with something that was both educational and entertaining, driving footfall in-store while offering additional value post-purchase.

To do this, they joined forces with Craze and Zappar to come up with a next-level customer loyalty campaign that blended the physical and digital worlds to create a trackable campaign that persisted beyond the checkout counter and into the home. 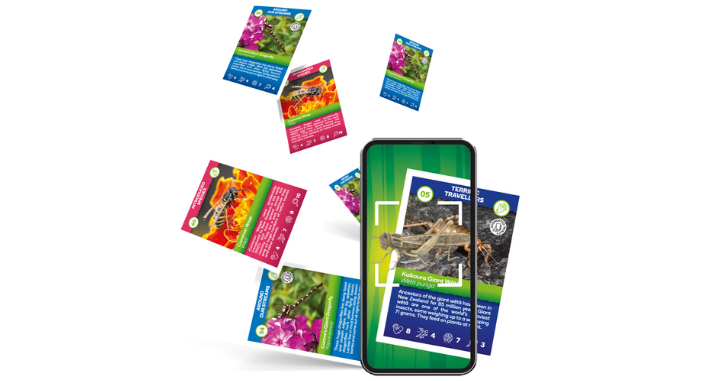 Overall, Countdown set out with four key objectives for the AR campaign: 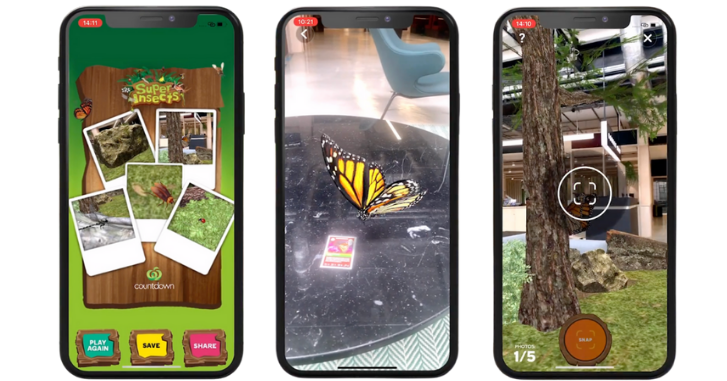 The Super Insects campaign, and accompanying mobile app, were designed to be experienced both in-store at Countdown stores, and at the customer’s home. The collectable cards were acquired in-store, and certain in-app content could only be unlocked by scanning posters around participating store locations, helping to bring footfall into brick-and-mortar retail at a time when online shopping was dominating the industry. Both the cards and the games within the app could then be brought home, with AR allowing users to place 3D worlds into their own environment. This allowed for a long-tail of interaction. 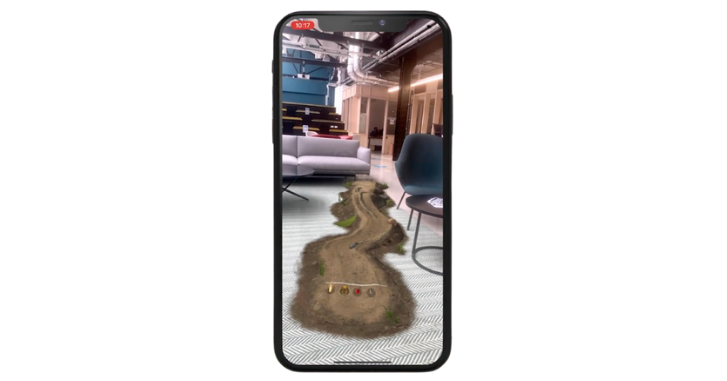 Given that the experience was designed to be used both in-store and at home (via the app), we needed to ensure that it performed well in a wide variety of environments. Thanks to the nature of the app being standalone, the team were able to have full UI control over the experience, and by leveraging our world-tracking technology, we were able to deliver an experience with excellent user experience in different lightings and locations. 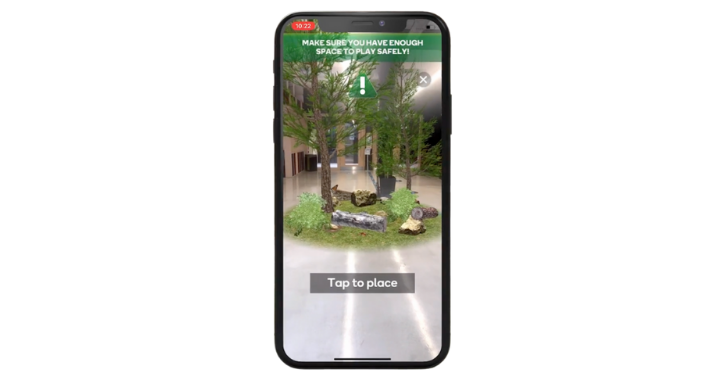 Countdown customers were rewarded for spending $30 on their shopping with a series of 72 collectable Insect Cards and 36 Puzzle Cards, developed by Craze. Scanning the cards with the Super Insects App (built by Zappar) revealed 3D insects that you could place in the real world using augmented reality, as well as interactive games and quizzes designed to be both fun and educational. The native app bridged the divide between the physical cards and digital experiences on the user's smartphone in order to improve engagement, boost market share, and enhance the educational experience. 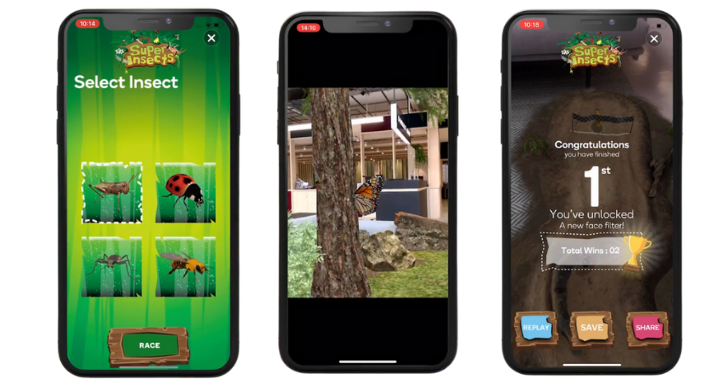 From within the Super Insects app, consumers were able to scan 10 special cards and bring the insects to life in 3D to learn about their appearance and how they moved around the world. Users could learn fun facts about the insects, as well as their ideal environments via an interactive bug hunt, where they had to explore a virtual forest to find where the insects like to hide.

The app was designed to bring people back into the experience regularly to collect all the cards, ensuring a constant cadence of engagement in the physical stores and at-home, across eight weeks. Users unlocked content weekly, as well as by reaching milestones via playing the app. In essence, the more users played, the richer the experience became. 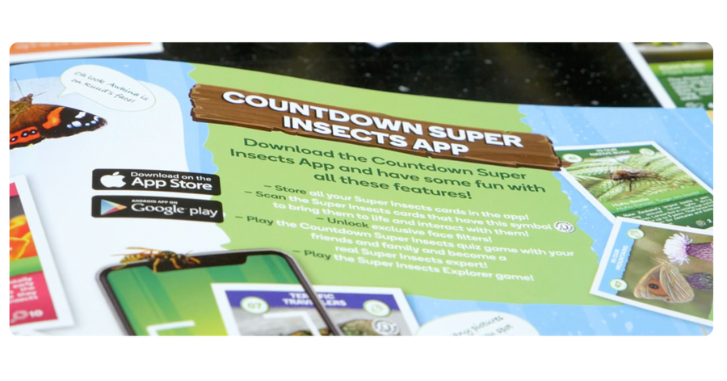 The Super Insects cards were designed to be collected in-store and brought home for continued interaction - and that’s exactly what happened. Despite the campaign officially ending in October 2020, people continued to use the app for a long time after that due to the always-on nature of the AR.

Some of the campaign’s most popular features included: 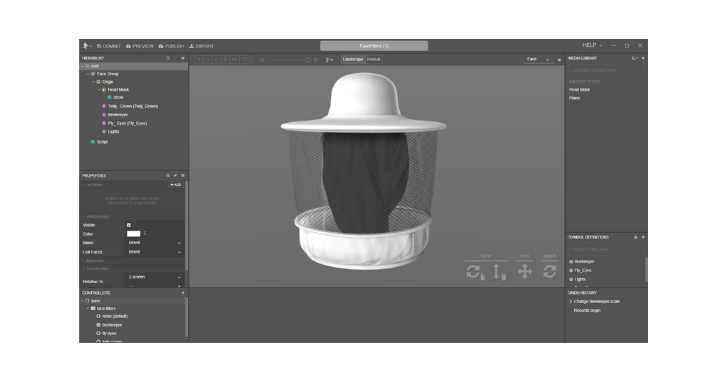 A Beekeeper face filter being built in ZapWorks Studio

The Zappar Creative Studio team built hundreds of 3D assets for the Super Insects campaign, including face-tracked filters that users could take selfies ‘wearing’ and share on social media. 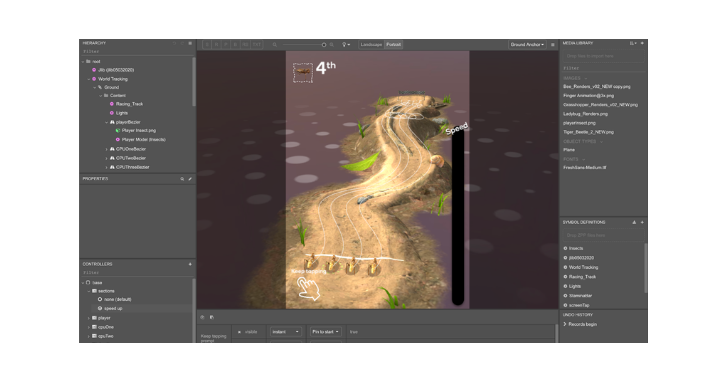 The Insect Race game being built in ZapWorks Studio

The Insect Race was unlocked in the Super Insects app once all of the in-store posters were scanned. Once revealed, customers could place a 3D race track virtually into the world, and race the insects they’d collected. This was a great way of connecting the in-store shopping experience with the digital world. 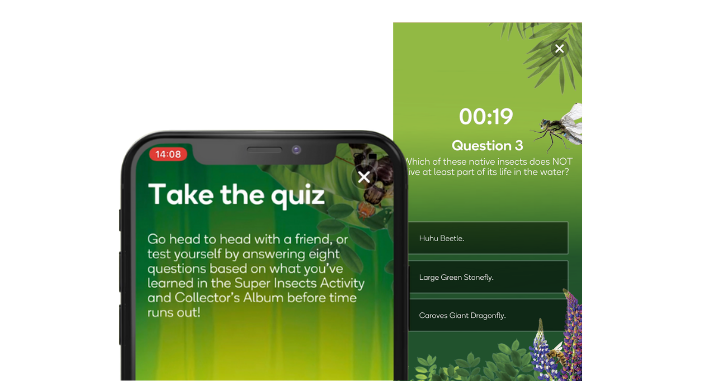 The insect quiz was the app’s most popular feature - a simple multiplayer quiz about the collected insects generated huge engagement for the Countdown brand. It was a head to head quiz where users could challenge each other to test their insect knowledge, tying in the Maori language to make this quiz truly Kiwi.

The AR experience was activated by scanning a QR code on AR-enabled insect cards, as well as by scanning posters in local stores.

Millions of card scans later, Craze and Countdown had a campaign that sky-rocketed brand engagement.

Customers had taken the store home with them. The app reached #1 in the App Store for Education. In just one week (26 September - 2 October), the total dwell time reached almost two years.

The app was a roaring success, exceeding its goals and engaging tens of thousands of people.

“We loved working with you guys and Zappar to bring our Super Insects programme to life, and our customers loved it too given the fantastic results it drove,”

Since its launch on 26th September 2020, the Super Insects campaign achieved:

Countdown said of the campaign:

We wanted to drive customers to an innovative app that combines with our retail operation, pushing the boundaries of what is possible for customer engagement - this is a first in the NZ retail market. Having worked with Zappar, we deployed an app that reeled in players over and over again across many months, beating our expectations. By using the right design principles, we created an experience that everyone enjoyed, and is still enjoying to this day.

Want to start layering augmented reality onto your loyalty campaigns? Our in-house team of AR creatives can help you layer digital, trackable content onto an otherwise untrackable medium (and bring them a healthy touch of magic). Get in touch today to have a chat with us.

Bring your Ideas to life with Zappar.

Our team of experts have been creating AR since 2011. We'd love to hear from you.